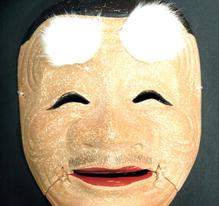 ​​“I met Philippe Huysveld as President of the French subsidiary of the Japanese group Yokowo, whose headquarters were located in the Val-d'Oise. I could appreciate the thorough knowledge, by Philippe Huysveld, of the industrial area, but also its expertise on management of a Japanese company. Mr. Philippe Huysveld has also conducted several studies and reference documents related to the economic and industrial relations between Europe and Japan, and has been also an associated Professor of the Cergy-Pontoise University (Paris Area) in the field of Japanese economy, that he masters perfectly.” "Japan Series" (e) Books by Philippe Huysveld (GBMC) A reference series of Books (6) about the economy

A reference series of Books (7) about the economy, the society,

the culture, business, tourism and the history of Japan!

Mastering the cultural, linguistic, social, economic, technical and business specificities of the Far East and in particular of Japan is not an easy thing and demands a certain amount of investment in time and resources.

For this purpose, Philippe Huysveld, Japan expert and senior consultant in Europe-Japan business at the consulting firm GBMC (Global Business & Management Consulting, has written and proposes to you his series of books about Japan, entitled « Japan Series ».

Made of 7 books, available as well in digital format (eBook) as in paper format (paperback), this collection’s objective is to share with business men, students, Japan “aficionados” and the general public about the various aspects of the Land of the Rising Sun.

An (e)Book about the History of the Japanese Economy

This book is intended to students studying Japanese language or commerce, as well as to the motivated reader interested in the History and the Economy of Japan.

Book # 2: « The Ultimate Survival Guide for Business in Japan » :

This book is targeted at business executives of companies:
• approaching the Japanese Market,
• reviewing their options in terms of Japan Entry Strategy,
• already exporting to Japan (Indirect Sales) or,
• already established and doing business in Japan (Direct Sales).

In this book, the author shows:
• That the Japanese Market is a great market to approach and that, provided the right methodology and marketing mix, there are great opportunities to seize in the long-term for foreign companies.
• That it is necessary to get familiar with cross-cultural differences and to understand better your Japanese clients, their country, their culture and their business system.
• How to market your products or services in Japan (B2C and B2B Marketing Guidelines).
• Which Entry Strategies are available to foreign companies to choose from, as well as guidelines for selection.

An (e)Book (in French) about the Relations between Culture, Society and Economy in Japan

This quote (in French) from Roland Barthes in his book

« L’Empire des Signes » summarises very well the concerns of the author in the Japanese social, economic and cultural mosaic. The increasing globalisation of the last decades have brought the manager, as well as the citizen of the world, to make the effort to understand and to accept other ways of thinking.

The objective of this work, with its social, economic and cultural perspectives, corresponds to this approach: it consists in, taking a step back, starting an in depth reflexion about the links or analogies between the economy and the culture in Japan. The author begins with the observation that some elements are linked and provides discussion leads.

An (e)Book about Life in Kyoto in the 1990s for a young European, from a cultural, travel, social and academic perspective

Having stayed 30 months (from Octobre 1992 until April 1995) in Kyoto, the cultural capital of Japan, having travelled a lot inside the country, the author of this diary wishes, by sharing his everyday adventures and his trips, to give his readers a good idea of all what Japan was offering in the nineties.

Sharing his academic, touristic, cultural and social experience, from his contacts with the inhabitants of Kyoto and of the rest of the country, the author shows to his readers aspects of Japan little known in the West, details often not perceived by foreign tourists touring in Japan.

Therefore, this book, with its presentation in 30 monthly chapters corresponding to the 30 months of his stay, full of illustrative pictures, is « easy to read » and targets a wide audience, curious to know more about the cultural, touristic, academic, linguistic, economic and social aspects of the Land of the Rising Sun.

A Reference Book for non-Japanese executives about "How to do business with Japan"!

The same way as in Book #2, this book is targeted at business executives of companies:
• approaching the Japanese Market,
• reviewing their options in terms of Japan Entry Strategy,
• already exporting to Japan (Indirect Sales) or,
• already established and doing business in Japan (Direct Sales).

Here, the author does not focus on the cross-cultural side of things (please check the other books for that) but rather covers in detail the business side of things in Japan.

First, Philippe Huysveld gives the reader some insight into selected markets in Japan, as well B2C as B2B.

Second, the author shows how to adapt to the local specificities, Industry by Industry, and gives some tips and guidelines for building a successful (B2C and B2B) Marketing Mix in Japan.

Third, he introduces and analyses the various Entry Strategies available to foreign companies keen on developing their business in Japan.

A Reference Book for non-Japanese executives about "How to work with the Japanese"!

Cross-cultural misunderstandings frequently appear in situations where Westerners interact with people from the Far East, in particular with the Japanese. As a Japan Business Consultant, I have witnessed many business cases, situations or events, where understanding the basics of Japanese business etiquette and Japan cross-cultural management would have helped a lot.

This (e)book is filled with concrete advice and illustrations of what to do and what not to do. It aims at giving foreign business executives the necessary background and “toolkit” for succeeding in their “Japan cross-cultural adventure”. After all, for curious and outward looking minds, this really could be fun!

The reader equipped with all the tools and tips I have developed in this book should definitely “perform better” when confronted with a Japanese prospect, potential business partner or “boss”. Being well prepared for future Japan-related business opportunities is of the most importance now that an EPA in principle (Economic Partnership Agreement) has been concluded between the EU and Japan!

This (e)Book, by Philippe Huysveld of GBMC, is a screening of Japan  in the 1990s,  from a cultural, travel, social, economic and academic perspective. It is intended at foreign students studying in Japan or at expats living in Tokyo as well as at the motivated reader or tourist interested in knowing more about the Culture, Society, Education and Economy of Japan.

Having stayed 30 months (from Octobre 1992 to April 1995) in Kyoto, the cultural capital of Japan, having travelled a lot inside the country, the author wishes to give his readers a good idea of all what Japan was offering in the nineties through a flashback in time, a little after the burst of the financial bubble (which took place in 1989).

Sharing his academic, touristic, cultural and social experience, from his contacts with the inhabitants of Kyoto and of the rest of the country, the author shows to his readers aspects of Japan little known in the West, details often not perceived by foreign tourists touring in Japan.