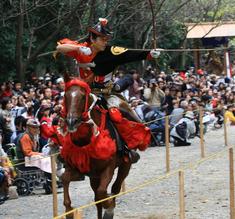 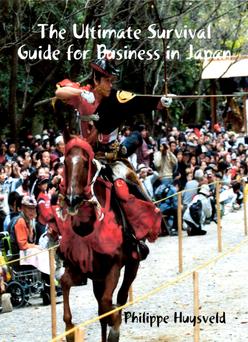 "The Ultimate Survival Guide for Business in Japan"

The first edition of this book was released under digital format (eBook) in 2014. In 2015, a second edition of the eBook was released, containing, besides minor changes here and there, two important additions: Chapter VII about “the Japanese Consumer Mindset” and Chapter XI about “3 Keys for Success in Japan”. In 2017, the third edition is being released with a new Table of Contents and a revision of Chapter XI, becoming “5 Keys for Success in Japan”. (e) Book "The Ultimate Survival Guide for Business in Japan" by Philippe (GBMC) ​"Japan Series": Livre/Book 2

This (e)Book​, by Philippe Huysveld of GBMC, is targeted at business executives of companies:
• approaching the Japanese Market,
• reviewing their options in terms of Japan Entry Strategy,
• already exporting to Japan (Indirect Sales) or,
• already established and doing business in Japan (Direct Sales).

In this book, the author shows:
• That the Japanese Market is a great market to approach and that, provided the right methodology and marketing mix, there are great opportunities to seize in the long-term for foreign companies.
• That it is necessary to get familiar with cross-cultural differences and to understand better your Japanese clients, their country, their culture and their business system.
• How to market your products or services in Japan (B2C and B2B Marketing Guidelines).
• Which Entry Strategies are available to foreign companies to choose from and guidelines for selection.

The eBook version is available for sale right now from the following e-commerce platforms:

The (A4 format) Paperback version is available for sale right now from the following e-commerce platforms:

About GBMC's eBook - The Ultimate Survival Guide for Business in Japan

​“I met Philippe Huysveld as President of the French subsidiary of the Japanese group Yokowo, whose headquarters were located in the Val-d'Oise. I could appreciate the thorough knowledge, by Philippe Huysveld, of the industrial area, but also its expertise on management of a Japanese company. Mr. Philippe Huysveld has also conducted several studies and reference documents related to the economic and industrial relations between Europe and Japan, and has been also an associated Professor of the Cergy-Pontoise University (Paris Area) in the field of Japanese economy, that he masters perfectly.”

"The Ultimate Survival Guide for Business in Japan" (e)Book