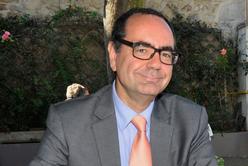 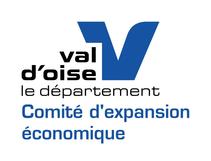 “The latest talks with Mie Prefecture is very exciting development and I think it’s the beginning of the new relation with New Japan, the next generation especially with the new youngest ever governor!”

The prefecture of Val-d'Oise has been engaged in exchanges and friendship with Osaka Prefecture (Japan) since 1985.  It was initiated by the President of the General Council and the Governor of Osaka Prefecture at the time.  It led to the signing of a Charter of The Department of Val-d'Oise and Osaka Prefecture 2 years later.  Under this partnership agreement which celebrated the 28th anniversary in 2015, numerous exchanges have been established and developed by the two communities over the years.

Despite the difference in the size of their population, they share many common aspects that unite them: a rich history, which local events have influenced, the developments in the country, a strong economic fabric based on the dynamism of a dense network of SMEs, the presence of an international airport of primary importance promoting openness to the world, and a shared commitment to supporting cultural institutions.

With the support of the Economic Expansion Committee of Val d'Oise (CEEVO), discussions have been initiated in the cultural and sporting field, in the institutional area, but also in the economic, technological, and academic sectors.  As an agency of Economic Development, CEEVO has participated in numerous trade shows and business conventions in Osaka since 1993, such as the "Global Business Conventions" (G'BOC), the "Global Venture Forum" (GVF) and "Industrial Center Scholarship Programs" (ISC).

Partnerships have also been established between enterprises of the two territories, and product exhibitions in both regions have been held in Val d'Oise and Osaka to encourage the promotion of their exports.

In early 2015, Mr. François Scellier (First Vice President of the General Council of Val-d’Oise), who has been involved with the development of the relation between the two regions from the start has received the insignia of the “Ordre du Soleil Levant - Rayons d’or en sautoir”. His words were:

“For about thirty years in the trade between Japan and France, having been brought to me happily invest in numerous concrete actions since 1985 on cooperation between our two countries, but also the reconciliation between our people…….

Nearly 65 Japanese companies have indeed already chosen the Val-d'Oise to develop their activities in France or Europe and their number continue to increase constantly. In a few weeks we will have the pleasure of opening the industrial facility of the company Daito Kasei, a native of Osaka, who chose our department, with our support, to establish a manufacturing unit of raw materials for the cosmetics industry at Frépillon, which we look forward to …

There are of course plenty of opportunities to seize to continue to develop such trade and such relations between France and Japan, at all levels, and I am convinced that among the new generations of our people, among students and among young innovative entrepreneurs that I have the good fortune to meet on the ground, many people will engage with passion in these Franco-Japanese adventures.

My belief is in fact that, thanks to the experience I have gained over the years, our two countries, beyond the distance that separates them, actually have a lot of common points and convergent values to share. Whether the cultural field, the economic and technological field, the academic sector, tourism or gastronomy world, these are immense opportunities that are now open to new cooperation between France and Japan.  “    (Extract from the acceptance speech at the Japanese Embassy in Paris, 2015.)

One of the key cluster in the prefecture is “The Astec cluster “around the Bourget and Roissy airports.  “Astech Paris Région” focuses on the aeronautics and space industries, fields in which France is one of the world leader. For this reason, the cluster is extremely important for the Val d'Oise, bringing together top-level companies located in the “département”, such as EADS, Dassault and Thalès, working together with  CNES1, ONERA2 and the Ecole des Mines.

The cluster is based on the development of innovation and competitiveness in aerospace-related industries in the Paris region on markets in which it is one of the world leader: business aviation, space transport and propulsion.

The cluster encourages a culture of networking amongst local SMEs in order to support the work of equipment manufacturers and is positioned upstream in the industry.  It brings together companies supplying manufacturers worldwide (engine manufacturers, flight computing specialists, undercarriage manufacturers, etc.) and industrial players involved with markets which are quite distinct from Airbus (rockets, business aviation, defence, etc.), although their origins are sometimes aviation-related.

The challenge is to enable French industry to take its place in European research programmes on « Green Planes », which will be lighter, more economical and quieter than current models.

Mr. Benon, who is the Managing Director of the Economic Expansion Committee of the Val d’Oise (CEEVO), commented on the advantages of having a business in Val d’Oise which has already attracted so many ….

”The latest talks with Mie Prefecture is very exciting development and I think it’s the beginning of the new relation with New Japan, the next generation especially with the new youngest ever governor!”

Among the achievements of CEEVO, Mr. Benon refers to CEEVO’s matching role in the Aerospace sector favouring contacts between Dassault and companies from the Nagoya Astec cluster.  He also points out the matching of the “Cosmetic Valley” pole of Val d’Oise with the Saga prefecture in order to start a cosmetic cluster in Saga (Japan).  Finally, Mr.Benon stresses the importance of long-term plan of Val d’Oise to reinforce not only the business but also the cultural, sport, touristic and academic relationships with Japan.

Technological exchanges were also developed over the years in several areas: It is the case of, for example, the cooperation established between the groupings of Osaka companies and Val-d'Oise ones specialised in the manufacture of telecommunications equipment for microsatellites (that is, partnership agreements signed between the "Club Val-d'Oise SAT" and the "Astro Technology Sohla" Group in Higashi - Osaka).

This group of Japanese industrialists has launched a project to create a microsatellite as part of a programme using the resources of SMEs in the Higashi-Osaka urban district, with the support of the local and national authorities.

The network encourages experience and information-sharing between members and skill-sharing to gain access to new markets by means of structured offers, as well as taking part in many European-based programmes relating to the satellite industry in the United Kingdom, Germany, France, Italy, and Belgium.  The members of the Club lead workshops in higher education institutions in the Val d'Oise such as the ENSEA, relating to targeted research. Exchanges also take place with the members of the Val d'Oise Measurement.

Located a few kilometers north west of Paris, the Val-d'Oise is a French department which enjoys a privileged location as the "front door" open to the world, thanks to the presence International Airport Paris Roissy Charles de Gaulle on its territory.

With a population of nearly 1.2 million inhabitants, the number has more than doubled in less than 35 years.  The department is one of the three youngest French Departments with the average age of its inhabitants is 34 years and six months. Today, one in three of the Val-d'Oise is under 20 years of age.

Meanwhile, the Val-d'Oise benefits both protected natural areas (forests, natural areas, agricultural areas, historical and cultural sites ...), with 60% of its area is classified as a Regional Natural Park (PNR).  The most urbanized part of the Val d'Oise include cities easily accessible from Paris, but also business parks bringing together companies specializing in many economic and industrial sectors: automotive supplier and aerospace, mechatronics, systems Embedded electronic, cosmetic and health, telecommunications and applications for mobile phones, or manufacturing equipment and analytical measures ...

Nearly 3,000 hectares of surfaces are currently allocated in the Val d'Oise to over 150 business parks, which is equivalent to over 2% of its territory. The economic poles of Cergy-Pontoise and Roissy Charles de Gaulle airport, and have significant land surfaces hosting companies available immediately. In addition, 21 business parks already host more than 1,000 employees each. Moreover, 3 of these business parks already benefit from the label "Technopole".

These companies are major contractors and use a dense and diversified network of subcontractors. A large share of industrial production in the Val d'Oise is derived from many midsize enterprises operating on its territory.  They are directed in particular to a series of technology-based business segments: mechanical manufacturing and industrial equipment, mechatronic activities, construction and aircraft maintenance, digital services, electronic systems and embedded intelligence to devices safety and risk management, cosmetics, high value fabrications ….

9 clusters in Val d’Oise certified by the French Government: