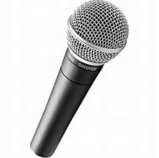 “As part of its international development, Le Bourget airport remains open to the world and keen to establish network with other international airports worldwide.  So far the airport has established a close alliance with Greater Atlanta Airport.  We would welcome such alliance with airports in Japan also, exchanging information and valuable experience related to airport and handler activities.”

“There are still space available (around 30 hectares) for industrial development, but, as our priority number one is to remain an operator, we intend to keep space available for welcoming major operators or manufacturers. For example, we would be delighted to welcome Gulfstream’s European maintenance centre or, in relation with Japan, Honda Jet’s (or MRJ’s) facilities for example!”

The airport was established as the first fully commercial airport in France and has celebrated its centenary in 2014,
It is located just 7km from Paris in the Ile-de-France region.  It is also 20km from La Défense. It is fully dedicated to business aviation, occupies in the area of 553 hectares. With 54,000 flights to or from 800 destinations (70 per cent of which were outside France) in 2014 alone.

Paris-Le Bourget airport is home to every sector of business aviation, from charter companies and manufacturers to aircraft maintenance and flying training organisations. 75 companies are already established on site, of which 15 are executive charter firms and seven provide handling services. Among the most prestigious names include Jetex, Landmark, Signature, Dassault Falcon Service and the IXAIR Group.

It is a home to one of the world’s oldest aviation show “International Paris Airshow”.  At this years’ 51st show, more than 350 000 visitors have seen 120 aircrafts, while 2,260 exhibitors from 47 countries exhibited in the halls.

Beside the Air show, the airport also hosts other major international conferences, among which the next UN COP 21 International Climate Conference scheduled to take place later this year.  The airport regularly plays host to heads of state and governments, famous figures from around the world.  It’s an ideal airport for Business men and VIPs to tour Europe by business jet from Paris Le Bourget 24/24 7 days a week airport, stopping in various European cities.

Mr. Charritat, Managing Director of Le Bourget airport, points out the advantage of the airport: “It’s the main business aviation airport in Europe, located close to Paris and to the main airport hub of Paris-CDG. There are 3star and 4star Hotel accommodations on the premise and many restaurants; conference centre and vehicle rental are also available.  With all the facility in place and being close to Paris and La Défense, business customers from U.S., Middle East to China are increasing.  And the wide range of handling agents allow the customer to make easily the better choice".

There are currently 7 Fixed Base Operators including Jetex, Landmark, Signature, Universal, Skyvalet, Dassault Falcon Service, and more.  Furthermore, there are a couple of based operators: Skyfirst, Ixair, WiJet, TAG, Master jet …

Mr Charritat also adds, “Besides being located near Paris and at the crossroads of Europe, other key reasons for using the airport are that it is open all throughout the year with around the clock service, and it integrates all types of maintenance and services.”

The aerodrome falls within the scope of an ambitious development project launched by the French government in 2010: the "Grand Paris" project, which dedicated the Le Bourget area as the aeronautical and exhibitions excellence cluster.

A long list of companies are already established there, and operate in a wide range of sectors including the presence of major aircraft manufacturers, maintenance cluster, repair services and parts suppliers.  Furthermore, there are 3 fuel providers, in-flight catering, other airport support services, dedicated firefighter services, research, testing, manufacture, and training.

Aeronautical training of “Flight Safety International” is provided in English attracting many pilots from around the world.

On site, the Dassault Falcon Services Training Centre trains business aviation pilots from all over the world. It is a Joint-Venture operated by Dassault and Flight Safety International with a pool of simulators (about a dozen).

Mr Charritat however insists on the following: “There is still space available (around 30 hectares) for industrial development, but, as our priority number one is to remain an operator, we intend to keep space available for welcoming major operators or manufacturers. For example, we would be delighted to welcome Gulfstream’s European maintenance centre or, in relation with Japan, Honda Jet’s (or MRJ’s) facilities for an example!”

Finally, a last message he would like to convey to our readers is: “As part of its international development, Le Bourget airport remains open to the world and keen to establish network with other international airports worldwide.  So far the airport is included in the Hubstart alliance with Greater Atlanta Airport.  We would welcome such alliance with Japan also, exchanging information and valuable experience related to airport and handling activities.”

As to the advantages for Japanese passengers and operators to use Le Bourget airport, he comments as follows: “Presently, there is only a small percentage of passengers who flights in straight from Japan and there are only a few operators able to provide direct flights Tokyo – Le Bourget, corresponding to around 10% of the available fleet.  It would be nice to increase that number in the future!”

“Aéroports de Paris” (ADP) was created in 1945 as a public institution with a public service mission to build, operate and develop civilian airports in a 50-km radius around Paris. It includes Paris-Le Bourget airport as well as Paris-Charles de Gaule airport (Roissy), Paris-Orly airport and other smaller airports. In 2005, ADP was converted into a French Public Limited company (Société Anonyme).

Since 1981, Paris-Le Bourget airport has been devoted entirely to business aviation. 54 400 “business movements” were recorded in 2013 at Le Bourget, where 450 Jumbo Jets land each year, mostly from the Middle East. 3500 people work at the airport, employed by Dassault Falcon services, Air France Industries, Cessna Aircraft, Embraer and AIRBUS Helicopters.