"Philippe Huysveld played a key role as European Marketing Manager at Panasonic Europe. He brought a lot of passion to his role providing a key bridge between our Japanese factories and EU subsidiaries. As a Japanese speaker, he was key in maintaining relationships between our Japanese colleagues both in Japan and our expats in Europe. He was a friendly colleague who had a strong work commitment and ethics and was keen to develop himself and support others."

​- is a graduate of Brussels University (Engineering)

- has specialised training in Transition Management and Public Relations

​- is a (Independent) Japan Expert registered with the EU-Japan Centre for Industrial Cooperation:

​​- is a registered expert at knowledge brokers like Advantus Global, ZINTRO, Cognolink, Alphasights and Guidepoint Global.

​- is a speaker (also known as Faculty Member) registered at Speakers Academy , the leading institute for professional speakers:

​- has lectured on the Japanese Economy at the University of Cergy-Pontoise (Master Program in Languages & International Trade - option Japanese Market).

- has lectured on "Business Relations with Japan" at the Vesalius College in Brussels.

​Licence holder in Psychology, holder of a degree in Arts and Cambridge Language Certificate in English language. Had experience as an in-house Japanese-English Translator-Interpreter operator in multinational companies in Japan and in UK, while doing so she realised the importance of inter-cultural issues in the work place and in business. Co-founder of GBMC, she specialises in Human and Social Studies, Intercultural Relations, PR, Market Research and Consulting Projects.

​Company interviews are researched and written by E. Motoko Inuyi. Country profile Handbooks are also researched and written by the same author in association with Inui & Inuyi Research Team. Moreover, the author has contributed as a co-author of Japan-related intercultural writings, the "Renewable Energies in Japan" Report as well as the Report "An Assessment of key EU industrial sectors open to Japanese technological cooperation and investment". Previous Pen-names include Motoko SJ Huysveld, among other.

​Moved to UK with Business Expat family in early 80s. Grew up in London then moved to Tokyo in 90s for work experience in the Far East. Gained corporate experiences in both Japan and UK, worked with people around the globe from different culture and sectors. Worked for major companies: Japan Airline MB, Meiji Seika, Konami, Ikoma, UTOC, etc... Over the years, she has developed a natural interest in culture and business.

​She has been living and working, based in France, since 2005.

"I met Mr. Huysveld as a very professional partner with great know how in the field we have been cooperating - sockets and spring probes in semiconductor industries. His open way and friendly attitude was a good foundation for a long term relationship. His understanding of Japanese culture and way of doing things was always helpful for me, also working for a Japanese company." Europe-Japan Business Consulting Europe-Japan Cross-cultural Training

​In 2002, he joined a Japanese parts manufacturer and worked at the London office as European General Manager responsible for the European Mobile Phone and Automotive Market Development. Taking care of  the EMEA territory and its manufacturing customers, this has been an exceptional opportunity to cover these two large industries in Europe.

​In 2005, Philippe moved to Paris for the same parts supplier as Managing Director & President for the European Semiconductor Business Unit. There, he set up from scratch and ran the European office for 5 years, being the bridge between the HQ in Japan and its European customers, as he is multilingual (including Japanese).

How do we work?

​Our business consultants or management consultants assess with you the situation, your needs/requirements and your goals. We then create a customised plan for every client, from a single individual to a full organisational team. At the core of the action plan is your agenda, not ours. We are based in France but we cover Europe and Japan. We can work with you in French, English and Japanese.

​We do not believe in taking business solutions off the shelf and know that a customised approach is needed to succeed in international business. One of our business consultants is designated as the contact person on every assignment. When other specialised skills are needed, we will access the required skill sets (from our associates) and source the best for you. Last but not least, as a consultant should do, we commit to deliver results on the mutually agreed goals and plan.

​We put our clients  at ease and offer them an immediate start for their business project. This feeling is reinforced by our customised approach and timely follow up. We are confident that GBMC will, within the limits of its previously defined domains of expertise and business, fulfill your needs and provide the quality of service, which you expect and deserve​​.​ 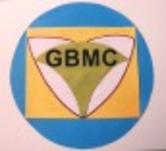