“The EU provides both growth potential and is easier to get into because its total GDP is as large as the one of the USA, while the market of each country is not so huge.  Moreover, it is a suitable market to create social innovation business because it has a matured social system and sets aggressive targets for environment conservation. It is a most suitable region to conduct R&D: IP rights are respected and there are less threats of technological imitation than in Asia.”

“The merits of local R&D is that it is ideal for adapting to EU standards. EU is a good location to introduce new products to the world market.”

A Success Story in the Transportation sector:
Hitachi Rail Europe Ltd is a wholly owned subsidiary of Hitachi Europe, Ltd and has headquarters in London, UK.

In April 2014, Hitachi appointed a Global CEO in London, U.K. to supervise global strategies for its Rail Systems Business, and it created structures to enable rapid decision-making close to its customers.  This is part of wider changes within the company promoting regional management and autonomy to deal with ever increasing global business.

It is a total railways system supplier offering rolling stock, traction equipment, signalling, traffic management systems, and maintenance depots. Hitachi built the high speed Javelin trains whose service started in 2009. It was used to transport passengers during the 2012 London Olympics from St Pancras station in London to Stratford, east London.

When in 2005, the Department for Transport started the Intercity Express Programme (IEP) to replace the aging High Speed Trains (HSTs), Hitachi became part of the Agility Trains Consortium, together with UK company John Laing, which has been awarded a £4.5bn contract to build and maintain new Intercity Trains.

Hitachi has set up an assembly work site for passenger wagons in UK.  The facility is in Newton Aycliffe, County Durham and is now operational.  Approximately 200 people were employed in the construction of the new train assembly plant where 730 skilled workers are employed. The deal will also secure thousands of jobs in the supply chain.  The first trains are due to enter service on the Greater Western Main Line in 2017 and on the East Coast Main Line by 2018.

As well as building the new state-of-the-art assembly facility, the company has constructed maintenance depots in Ashford.  It employs over 100 staff, principally permanent employees, providing day to day support across Kent.  Of the 332 registered suppliers, 167 are UK-based. Further, there are plans to increase depots in Bristol, Swansea, West London and Doncaster, as well as to upgrade existing depots throughout Britain.

Hitachi Rail Europe will carry out the maintenance for the next 27.5 years and run an apprenticeship scheme to continuously train the workforce.  The company has also located its European Rail Research Centre and development capabilities on site: it will enhance the factory's ability to win rail contracts across Europe. It has been estimated that the whole facility would see £600 million pumped into the regional economy over the next 20 years.  It has been touted as the biggest investment in the region since Nissan.

Transport Secretary Justine Greening described it as "fantastic news for Britain".  "Hitachi is the latest major international company to invest on this scale in Britain and I look forward to this new factory in County Durham following in the footsteps of Nissan's successful car plant in Sunderland" she said.  (Sky News)

In Oct 2014, Abellio has confirmed that Hitachi Rail Europe is its preferred supplier of new rolling stock for the programme which is in process of negotiations.

”This is a great news, as it is the first contract for our recently launched AT200 commuter train.  These trains will be built at Hitachi’s new Rail Vehicle Manufacturing Facility in Newton Aycliffe, complementing the delivery of the Class 800 and 801 trains for the Intercity Express Programme, boosting jobs and growth in the North East.”

Hitachi Rail Europe has been named as preferred supplier by FirstGroup for the new First Great Western franchise. This is subject to approval by the Department for Transport.  The fleet of 29 bi-mode AT300 trains would run primarily from London Paddington to Plymouth and Penzance, replacing 40-year old High Speed Trains on the key intercity route to the south west.

Mr. Barr, said: “The Class 800 bi-mode trains were initially designed for the Great Western and East Coast main lines and we have refined the design further for the challenges of the route to Plymouth and Penzance.  We have put a lot of thought into ensuring a passenger environment that is comfortable for short and long-distance journeys……”

R&D Operations and Investments in Europe:

In Sophia Antipolis (Nice, France), the group has designed communication protocols and platforms for vehicular ad-hoc networks or C2X (Car-to-any) networks, which are a key for “Smart mobility” and autonomous driving.

Hitachi also operates R&D in Cambridge University Laboratory as well.  The merits of local R&D is that it is ideal for adapting to EU standards. Dr Torii also views EU as a good location to introduce new products to the world market.  Another comment was that Single Patent System has improved and facilitated the research process for the better.

In the Energy/Power Sector, following the Energy Saving Law, Hitachi has developed B-Chop (Energy Storage for Transaction Power Supply Systems) in order to utilise the re-generative power.  The company is also taking part in Smart Community Projects in Manchester, UK, and Malaga, Spain, together with NEDO, providing ICT equipments for these projects.

The Healthcare Sector is another core focus area of the company’s Social Innovation Business. Here, Hitachi is working on two collaboration projects, together with the Greater Manchester NHS (the National Health System in UK) and Bispebjerg and Frederiksberg University Hospital, respectively, leveraging IT (Information Technology) and big data analytics in order to improve the quality and effectivity of Healthcare.

The first project concerns diabetes prevention in the form of a lifestyle improvement programme. It was shown that time efficiency of care call can be improved by 33 – 40%.  It should contribute to reduce the NHS budget since the percentage of aging population is only going to increase in EU as well.

The second project is the joint development of new solutions targeting a variety of themes, including “next-generation hospital operations that combine data on facilities and human behaviours”. The goal of these studies will be to increase the efficiency of hospital operations in order to achieve specific goals set by the hospital (e.g., reducing the number of beds and increasing the number of outpatients that can be received).

Regarding the Automotive Sector, Dr. Torii views that “EU leads the next generation technologies and is a good place for exchanging ideas”.  There are similar concerns and needs, including CSR.

As for the EU market as a whole, according to Dr. Torii, “It provide both growth potential and easier to get into because its total GDP is as large as USA while the market of each country is not so huge.  Moreover, it is suitable to create social innovation business because it has matured social system and sets aggressive targets for environment conservation. To conduct R&D, it’s more suitable region for their respect on IP rights and there is less threat of technological imitation as there are in Asia.”

When discussing country preferences for future investments, the focus was more on the quality of staff available locally. Estonia was mentioned as a country of interest for the quality of its IT workforce, Poland for its engineers, but there are no solid plans as yet.

Hitachi Ltd, is a leading global electronics company with approximately 333,150 employees worldwide. Fiscal 2014(ended March 31, 2015) consolidated revenues totalled 9774.9 billion JPY (81.5 billion USD).  In Europe, the group has many sales offices, as well as production sites of automotive components in Germany, UK and in the Czech Republic. Air conditioning production is located in Spain.

Hitachi has many years of experience as a leading supplier of high-speed trains such as the Shinkansen (bullet train) for the Japanese and international markets. It manufactures trains, as well as offers maintenance services, ICT expertise for transport operating systems and consulting services on energy efficient operation.  Hitachi has a 80% market share of traffic management systems in Japan. For their domestic transport business in Japan, the group works closely with JR-East, one of the major players in this sector, and with other JR group affiliated companies.
​ 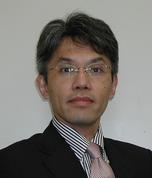