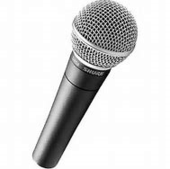 “The EU is a huge market of more than 500 million people, without borders – meaning easier trading - , with a strong single currency, the Euro – meaning no exchange risk – and a gradually harmonised economic policy. Solidarity and priority given on education and infrastructure helps to create a promising single market, with strong environmental awareness and energy related legislation which, for companies like Daikin, means strong business opportunities.”

“Products from Europe, for Europe”

Daikin sees future growth and potential in the EU market, as markets are gradually changing to more environment friendly and energy friendly solutions, but also towards total comfort solutions. The company considers the whole of its long-term investments (in time and assets) as an EU Success Story, as the company grew from a small business to a market leader in Europe.

Daikin Europe N.V. (DENV) is a fully owned subsidiary of Daikin Industries Limited, a multinational corporation.  In 1972, Daikin Europe N.V. (DENV) was set up in Ostend, Belgium.  It is now the headquarters for Daikin’s European development, production, administration, sales and marketing activities throughout the Europe, Middle East and Africa region, with a strategic office located in Brussels. On Thursday 3 December 2009 Daikin Europe N.V. became an “Ambassador of West-Flanders”.

Since the company has a history of more than 40 years in Belgium, Mr Hoorelbeke provides his opinion on the investment advantages offered by this country: “The country provides a good industrial environment, no need to go far to find good subcontractors, suitable suppliers and services.  Both EU and NATO’s decision making is based in the country. Further advantages are: the highly skilled, loyal and multilingual workforce, the diplomacy skills (being a small country), the high education level, the production of high value added, technological advanced products, the high productivity ratio and flexibility – meaning a quick adjustment of production to fluctuating market demand – are tools to compensate the rather high labour cost.”

In 2004, Daikin’s production capacity expanded with the establishment of Daikin Industries in the Czech Republic with a production plant in Plzen, followed in 2006 by a second factory established in Brno.

Among the investment opportunities offered by the Czech Republic, Mr Hoorelbeke mentions the following: “Availability of a good workforce at low labour cost compared to other parts of EU, combined with attractive investment incentives.  From its side, Daikin offers multiple training for its staff, in order to improve their skills, which opens better career opportunities and creates a higher loyalty to the company.”

Daikin has also many subcontractors in the Czech Republic, Slovakia, Poland and Romania, where costs are lower.

Regarding the EU-Japan FTA, Mr Hoorelbeke considers that: “It can only be good, especially reaching those common shared goals. The key area of interest for us is Renewable and Eco-related businesses."

About DAIKIN’s Operations and Investments in Europe

Daikin is a global manufacturer and supplier of HVAC (heating, ventilation and air conditioning) equipment, including heat pump and refrigeration solutions. The company provides indoor climate management solutions to meet the changing needs of residential, commercial and industrial customers.

The Daikin Europe Group currently includes a Headquarter, 5 production facilities, 17 affiliated companies, 5 sales offices and a whole network of independent distributors and sales contacts in the EMEA region. The company ended financial year 2012 with a consolidated net sales of € 1,846.2 million and an operating result of € 120.2 million. Across the entire Daikin Europe Group, the company employs a staff of over 5500 employees.

Daikin presence in Belgium:  1700 employees in Oostende and Brussels.

Daikin Europe NV’s production site in Ostend (Oostende in Dutch) is the most advanced plant of its kind in Europe with over 135.000 m2 of production and administrative space dedicated to manufacturing heat pump, air conditioning, heating and refrigeration solutions. The factory in Ostend was the first production facility of the Daikin Europe Group and opened almost four decades ago.

Daikin presence in the Czech Republic – 1800 employees in Plsen and Brno.

Located in the South of Rome, on a site with substantial government incentives, Daikin Applied Italy (factory) is specialised in innovative equipment options and system solutions to reduce energy consumption in large buildings.

The expansion of Daikin Europe’s production facilities continued in 2008 with the acquisition of the German heating manufacturer, Rotex Heating Systems GmbH (Güglingen). The Rotex factory produces gas/oil condensing boilers, solar panels, underfloor heating and heating system components.  The reason behind the acquisition was in the technical know-how in heating applications and the manufacturing experience of Rotex staff combined with the engineering know-how of Daikin Europe creates synergies for the Daikin group to be more successful in the heating market and the Renewable Energy solutions.

About DAIKIN’s Investments in European Research and Product Development

The European Development Centre was built in 2013 to develop products specifically suitable for the European market. This provides the company with a significant competitive advantage in the region, by producing and selling “Products from Europe, for Europe”, and to ensure that they could respond effectively to European market needs.  High added-value Production facilities are located close to end-user markets (80% is produced in the market). Their belief is that only by being in the market, they can better understand what the market demand is and in this way ensure optimized lead times to all markets.

It has been an investment of around € 13 million, mainly in technology and infrastructure. It began with building of high-tech testing rooms including a test chamber where DENV engineers can simulate all of the climatic conditions which may occur in any of the 27 European countries.   This allows them to address the demands of a complex and diverse European market.

The Centre has satellite locations in the Czech Republic and Germany (ROTEX). Renowned for its heat pump expertise, the company has the technologies that can offer environment-conscious and energy-efficient alternatives to traditional heating solutions. As heat pumps rapidly gain a greater share of the heating market, the European Development Centre will help to drive product innovation. Daikin’s HVAC business is now expanding more towards Heating business.

Product Success Stories are: Emura designed in Italy has won a Design Award in 2010, and Nexura designed in Germany (both for residential markets). Recently the Altherma HYBRID was launched, which is a combination of a gas boiler and a heat pump.

Growing international concern for the environment has resulted in a steady increase in regulations and standards tackling environmental issues, which could add to the risks and costs of doing business but could also create opportunities. Therefore, Daikin Europe NV’s Environment Research Centre was particularly established to make full use of these opportunities.