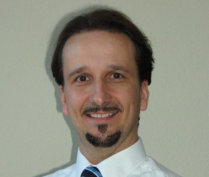 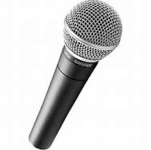 “Europe is still the heart of the automotive innovation. With the leading of several World Class OEMs (like BMW, Mercedes-Benz, VW-AUDI, etc.), here you can take part in the development of future’s technologies. Whether you are a R&D or a production company, you can find well-qualified workforce fits for your needs …. ”

Mr Nagy considers that the main EU regional strengths and comparative advantages are:
·         the available state of the art technology, combined with a qualified workforce,
·         the constant interaction with World Market leaders in an innovative environment,
·         the specific investment support incentives provided by national governments, particularly in Central and Eastern Europe.

Concerning the advantages of the Single Market, he states that the “free movement of people” is being the most important from an investment and business development perspective as it creates logistic and administrative flexibilities in terms of work force supply.

According to him, Musashi Hungary’s most recent SUCCESS STORY in the EU is the company’s recognition and appreciation of JLR (Jaguar Land Rover, UK) acquired in a very short term by exceeding quality expectations and by supplying parts in a reliable way.  Further comments are: “The fruitful partnership and the created mutual trust result in new business for our company. We can be proud to add our expertise and competence to JLR models’ global success. “

When asked about some specific EU market segment potential for his company, Mr Nagy underlines that: “Being an automotive part producer, we still focus on our core competences: pinpoint machining of various metal parts (engine shafts, transmission parts, steering components) and their assembly. We collaborate with our existing and potential clients in order to introduce our successful products in this market and adapt them to the special requirements of European car makers.”

He also summarizes his company’s EU business strategy as follows:
·         Having a relatively narrow range of Musashi’s products represented in Musashi Hungary’s portfolio, extend locally the variety of products on offer.
·         Strengthened local engineering and development, instead of utilizing the Group’s (Headquarters’) related resources.
·         Specific solutions to special needs or challenges, instead of “standardized” responses delivered from Japan.

His additional comments are: “these directions can extend our flexibility and attractiveness since our clients’ expectations are proactive participation in projects from the early stage, as well as quick response to problems.  “

Mr Nagy expresses his personal opinion about the EU-Japan FTA Agreement: “it will hopefully further strengthen Japanese companies’ competitiveness in Europe. Both the Japanese and European economy need a more active cooperation in order to be able to compete with the USA, China and India as well. Utilization of comparative advantages is fundamental for both parties’ success.”

Finally, Andras Nagy has taken part in the HRTP (Human Resources Training) Program and his comments are very positive: “As a newly promoted Plant Manager and senior responsible for all operations in 2006, one of my roles was to create/develop a “communication/cooperation bridge” between the Japanese TOP management and the local management. The HRTP Program did help me a lot in understanding the Japanese way of business and thinking.”

Musashi Hungary Manufacturing Ltd was established in March 2000 as the subsidiary of MUSASHI Seimitsu Industry Co and was the second European manufacturing unit of the group (after MUSASHI Auto Parts UK in 1986).  The company is specialised in design and production of high precision car parts. Musashi is a strategic worldwide business partner of Honda.

In 2001, the company built a 7,000 square meter factory in Ercsi, Hungary. Its purpose was to supply automotive parts to European car manufacturers as first tier and second tier supplier.   It started producing ball joints of steering systems for AUDI at the beginning of 2002.  In the same year, the company set up the first camshaft production line, where production for FIAT diesel engines started in 2003. Further supplier contracts assured continuous growth.   As a result of these growth, the total area of the Hungarian plant increased up to 10,000 square meters. In the fifth year of its operation, the company realized a total annual revenue of over €40 million.

The 2008 crisis had a significant negative impact on the operations of Musashi Hungary and European operations were consolidated: the product portfolio was extended with the products taken over from the Musashi factory in Wales and, since 2009, Musashi Hungary is the only production site left in Europe. Following the successful transfer project, the company has been producing camshafts for Jaguar Land Rover, control arms for Honda in Swindon, ball joints for certain models of Volvo and wheel hubs for the Hungarian Suzuki. There is also a Sales Office in Germany and a Distribution Center in the UK.

By 2015 - as result of the European team’s efforts - Musashi Hungary could extend their business relationship with JLR by supplying oil pump shafts, renew it with Honda (camshaft) and AUDI (new generation of suspension control arms) as well as – according to the corporate’s EU strategy – they extended the product portfolio with differential assemblies.
​