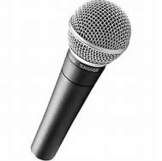 “In order to become successful in the European market, Mitsubishi Aircraft Corporation believes it is necessary to have a base here to understand and judge market conditions and to reach out widely to the industry. The EU is an extremely attractive region because being here allows us to have access to the biggest economic bloc in the world. The sheer size and vitality of the EU market ensures success for companies that take advantage of the favourable business environment which has been created.”

and written by E. Motoko Inuyi.​

“The Netherlands was selected due to its central location, proximity to potential airline customers, as well as its favourable business climate resulting from tax treaty agreements with Japan.  The Netherlands has been greatly supportive. Mitsubishi Aircraft Corporation Europe B.V. is one of many Japanese companies that have decided on The Netherlands as their EU base. However, as the MRJ program expanded, Mitsubishi Aircraft also realised the necessity of being in close proximity to business partners based elsewhere in Europe. Therefore, a supplier quality assurance oversight office was established in Munich.”

Mr. Kumagai comments on the advantages of investing and doing business in Europe are that: “In order to become successful in the European market, Mitsubishi Aircraft Corporation believes it is necessary to have a base here to understand and judge market conditions and to reach out widely to the industry. The EU is an extremely attractive region because being here allows us to have access to the biggest economic bloc in the world.”

He is positive regarding the EU market, emphasizing “The sheer size and vitality of the EU ensures success for companies that take advantage of the favourable business environment which has been created.” The EU Single Market characteristic most appreciated by the company is its “favourable climate for businesses to grow over borders.”

Mitsubishi Aircraft Corporation Europe B.V., established in May, 2011, is a locally incorporated, wholly-owned subsidiary based in Amsterdam, The Netherlands.  The main purpose for the European office is to understand market needs, increase sales, and foster public relations throughout Europe, Middle East and Africa. Moreover, the office (8 employees) considers promoting the Mitsubishi Aircraft brand of key importance in order to enhance awareness of the game-changing Mitsubishi Regional Jet (MRJ).

Europe is seen as one of the major markets for regional jets. Over the next 20 years, Mitsubishi Aircraft forecasts demand for 5,000 regional aircraft with Europe accounting for 20%.  Hiromichi Morimoto, President of Mitsubishi Aircraft Corporation, notes: “We have a wide spectrum of potential customers in Europe showing strong interest in the MRJ. Mitsubishi Aircraft expects the Amsterdam office to grow our presence in the region and drive new orders."

In October 2013, Mitsubishi Aircraft Corporation established a Quality Assurance Department in Munich. A branch of the Amsterdam office, the Munich office is staffed by three employees in charge of overseeing ongoing work of Mitsubishi Aircraft and its European partners. With an increase in aircraft systems QT (Qualification Test) and inspections as the program evolves, the company concluded that a QCD (Quality, Cost, Delivery) site located near partners would facilitate the business and strengthen working relationships.

Dr. Johann Niggl, Executive Director of Invest in Bavaria, the Business Promotion Agency of the Free State of Bavaria welcomed the establishment of this Quality Assurance Department saying, "We are happy to welcome Mitsubishi Aircraft Corporation to Bavaria. The presence of such a global aerospace player shows once more the relevance of Bavaria as a leading aerospace region."

MRJ program suppliers in Europe include 2 in Germany (former Eurocopter, now Airbus-Helicopter, supplies the MRJ passenger, service, and cargo doors), 3 in France and additionally 2 in the UK.

Mitsubishi Aircraft Corporation has already entered into a number of successful partnerships with EU companies with their roles as invaluable and experienced systems suppliers or aviation industry consultants.

“Mitsubishi Aircraft Europe has nurtured wide-ranging and deep relationships not only with major and regional airlines, but with our program partners and experts based throughout the EU.  Having a business base in the EU allows us to meet our customers’ needs quickly and efficiently.

On an EU-Japan FTA: “While we cannot comment on direct sector benefits of an EU-Japan FTA because we have already worked with companies herein the EU and have leveraged the advantages of being EU-based for a good number of years, we believe that an FTA bodes well for Japanese and EU companies that become MRJ program partners down the road."

Mitsubishi Aircraft Corporation commenced operations on April 1, 2008 for the purpose of development, production, sales and customer support of the Mitsubishi Regional Jet (MRJ).

Mitsubishi Regional Jet is a family of 70 to 90-seat next generation regional jets that will offer top-class operational efficiency and outstanding cabin comfort.  Featuring a game-changing engine and state-of-the-art aerodynamic design, the MRJ will significantly cut fuel consumption, noise and emissions, meeting the latest noise regulations (ICAO Chapter 4) and emission requirements (ICAO CAEP6), as well as exceeding future environmental standards. The aircraft will be the quietest and cleanest regional jet in its class. The MRJ is powered by Pratt & Whitney Pure Power® PW1200G engines that deliver significant fuel savings and operating costs, alongside benefits for the environment and communities.