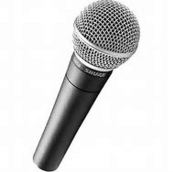 “Approximately 2.8 Millions units of the Yaris model were built in the Valenciennes facilities, North of France, since 2001.  The first model was designed in Nice, South of France. The Toyota Yaris became the first vehicle ever produced in France to be certified with the new “French Origin Guaranteed” (“Origine France Garantie”) label, with more than 50% of its value manufactured in France.”

TMMF was established in Valenciennes in 1998 and presently employs 4000 people, consisting in 3100 permanent staff and the rest temporary staff. The car production site belongs to a new generation of TOYOTA plants: very compact, with 30% less surface compared to other factories, and more energy efficient. Other Toyota operations in France are located in Vaucresson (Sales), Le Pouzin (Logistics) and Sophia Antipolis (Design studio, near Nice).

Why a factory in Valenciennes?

According to Ms Duverne, “the main reason for the choice is linked to geography: 300 kms area around Valenciennes corresponds to a population of 110 Millions inhabitants, meaning potential customers. On top of that, the Chamber of Commerce of Valenciennes was very active and had prior relationships with TOYOTA, so that the process was faster and it gave the region an extra advantage. Other factors were:

All of the above resulting in the success of the production site.”


Yaris: a “Best Seller” made in the EU

The Toyota Yaris became the first vehicle ever produced in France to be certified with the new “French Origin Guaranteed” (“Origine France Garantie”) label. This certificate was created in order to help customers identify products that have more than 50% of their value manufactured in France.

Approximately 2.8 millions units of the Yaris model were built since 2001 in the facilities in the North of France.  Production started in 2001 and the first Yaris model was designed in Nice. The Total Investment since the beginning amounts to € 1.1 Billion. The current, third-generation Toyota Yaris was launched in Europe in the summer of 2011, followed by the Toyota Yaris Hybrid in June 2012 and deep facelifting in June 2014.  The Yaris model accounted for nearly 22% of Toyota’s total European sales in 2014.

In May 2013, TMMF started production of Yaris compact cars for exports to the US and Canada. The model produced is the conventional gasoline-fueled Yaris and annual export volume will be around 25,000 units on a full-year basis.   An additional €10 million has been invested by TMMF in order to build the Yaris to the specific requirements of the new export market.

Ms Duverne believes that “the growing popularity in the US is due to a greater awareness and more demand for environmentally friendly cars, but also worldwide crisis input.”

About Design and innovation in France (*)

Carole Favart, General Manager, Toyota Motor Europe, founded the “Kansei Design Unit” 9 years ago.  The first Yaris was designed by her, and she believes that France is the leading country when it comes to design and innovation.   The design centre is located in Sophia Antipolis, Nice.   Core activities revolve around creating an “emotional experience”.

“French touch” is characterised by her as “the ability to intellectualise and generate concepts, but also in which luxury and premium products are handled.”

“The appreciation of empty space is one of French design’s key concepts, just as is in Japan.  This vision of the world strikes a chord with the Japanese, because it echoes their own culture.”

She also points out that “France boasts high-quality expertise handed down from generation to generation and it is a real source of inspiration for us, which we try to incorporate in our products.  While we may take our cues from Japanese culture, we then adapt them to the French market.  Certain aspects of Japanese culture are highly appreciated in France and vice versa. In fact, the two countries have a lot in common when you look at the subtleties.”

She concludes about Innovation in France that “Toyota cannot afford not to be in France, not only for industrial reasons but also because of the unique vision we were just discussing.  There is a lot of healthy competition at play in the country.  There are many bright people here who are keen to create synergies.  I believe we must consolidate the links between research and design.  There has to be a three-way synergy between engineering, design and products.”